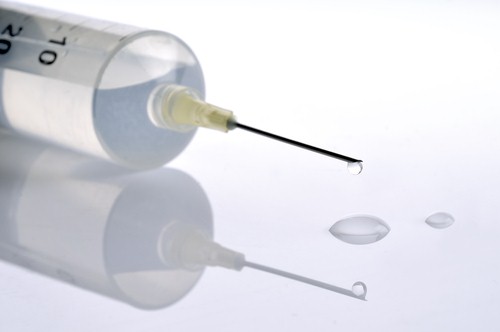 A Barstow woman expressed a desire to stab her boss with an insulin syringe, indicating a need for proper business continuity planning

For court officials in Barstow, California, fears of a workplace disaster began to percolate after troubled Deputy District Attorney Barbara McClanahan's pattern of erratic behavior threatened to escalate into violence.

According to a recent report in The Desert Dispatch, a local Barstow news source, McClanahan, who was described as a "problem employee," expressed she was having suicidal thoughts to her co-worker, Deputy District Attorney Robin Hass, who then arranged for McClanahan to be escorted to the hospital in an ambulance.

However, when Hass visited McClanahan later that day, McClanahan, an insulin-dependant diabetic, confessed her desire to kill her superior, Supervising Deputy District Attorney Julie Peterson, by injecting her with a lethal insulin dose within the confines of the office elevator.

The report goes on to detail a sequence of threatening behavior on McClanahan's part suggesting emotional instability and violent tendencies. For example, McClanahan reportedly referred to an October shooting in Seal Beach, California, in which eight people were murdered as her "fantasy," and during a consequent investigation mentioned she had a list of individuals who she wanted out of her life.

Though McClanahan has attributed her behavior to low blood sugar, she was reportedly arrested on January 12 for criminal threats with intent to terrorize.

McClanahan's arrest highlights the need for all companies to engage in strategic business continuity planning dictating a specific course of action should an employee act on their intentions to harm co-workers or employers. By hiring a workplace violence prevention consulting service, an experienced professional can tailor a specific program for a business and ensure the company is observing the best practices for on-site crisis management and office safety.