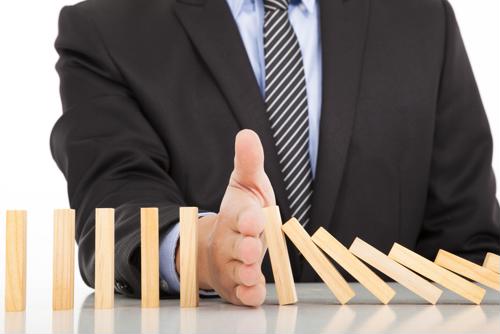 A business continuity manager can be a stop gap to the domino effect resulting from emergency situations.

Whether it's on the roads, at the construction site or within the office, everyone has to be doing their jobs for things to go according to plan. All it takes is one false move – or random event beyond anyone's control – and it can all come crumbling down. It's a sobering thought, and it's part of the reason why you need a business continuity manager.

Throughout the country, an increasing number of major corporations – as well as small businesses – are adding business continuity managers to their payrolls. The reason is simple: Far too many variables that can create havoc and disruption. In fact, according to the Federal Emergency Management Agency, 40% of businesses that experience a disaster of some kind are never able to fully recover, forcing them to close.

Business continuity managers serve as more than just a last line of defense, but rather as a preemptive counterweight whose charge is developing the plans, procedures and protocols to ensure that when the unexpected occurs, the pieces are in place to get back on track.

Everybody thinks of "what if?" scenarios from time to time. They may not be doing it enough, however, given that 22% of workers admit that they wouldn't know what to do or where to go in the event of a disaster occurring while on the job, according to polling from CareerBuilder.

Business continuity managers make "what if?" their modus operandi. It's a pressure-packed job, but it's a position that can literally prove to be a lifesaver when challenges develop. You may not know when they will happen, but no if's and's or but's about it – they will.

KETCHConsulting specializes in business continuity planning. We have the resources, experience and strategies that can help your continuity team go from ordinary to extraordinary in overcoming adversity.