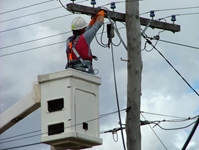 Electric failures can force your company's backup plan into action.

Just like any other sudden upset, electrical failures can put a huge cramp in productivity for companies without sufficient business continuity planning. An example of this can be seen in St. Louis, where a blown transformer recently led to a forced evacuation for workers downtown.

Although the St. Louis Post-Dispatch notes that no formal evacuation order was given, the building, which contains a local news studio as well as legal and civic offices, experienced an exodus once smoke started to pour out from the 11th floor.

Fortunately, firefighters did arrive, and the source claims that there was no serious danger posed by the smoke in the meantime. But even something like this can be a disruption to the standard workflow all the same and force companies to start thinking about how they will respond to future contingencies.

Another indication of the problems that can come from an electrical short-circuit can be seen in a news piece from Iowa-based source KMA Land. This article describes how the police dispatching center of Shenandoah, a city in that state, was temporarily disabled by another blown transformer.

For around six-and-a-half hours, the emergency calls that would have gone to this center were handled instead by a different one in the neighboring city of Clarinda. KMA quoted the Shenandoah Police Communications Director Jean Stribling on what happens to phone calls during that kind of situation.

"Shenandoah's conditional routing is for Clarinda to take our calls if we are down in the center," said Stribling. "Then, our third condition would be Montgomery County."

Because a faulty transformer is clearly not uncommon, your company should have a similarly well thought-out continuity of operations plan ready to go if you get surprised by such an accident.