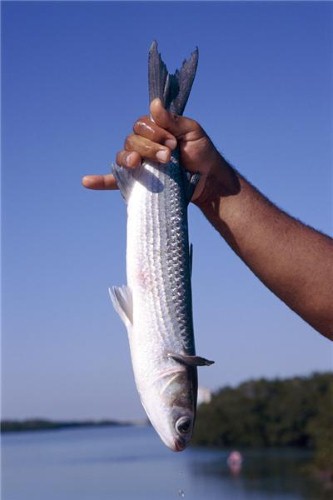 Last week, the U.S. Commerce Department issued a national fishery disaster for New England. Struggling fishermen will now be able to receive upwards of tens of thousands of dollars in relief.

According to the Associated Press, late last week the U.S. Commerce Department issued a national fishery disaster in New England. This will now allow struggling fishermen and their ports to receive upwards of tens of millions of dollars in relief funds.

Acting Commerce Secretary Rebecca Blank told the news source that the declaration comes amid an "unexpectedly slow rebuilding of stocks," which is forcing huge fishing cuts for next year. She added that even with fishermen taking precautions to not overfish, the supply has been low.

"The future challenges facing the men and women in this industry and the shore-based businesses that support them are daunting, and we want to do everything we can to help them through these difficult times," Blank said.

While the declaration doesn't guarantee that money will be funneled forward, Senator John Kerry said that it was still an important step in the right direction. He added that fishing was similar to farming, in that both depend on unpredictable ecosystems and deserve help when unexpected and at times unforeseen challenges arise.

The U.S. senator went on to say that Senate majority leader Harry Reid committed to include $100 million for fishermen and their communities in emergency assistance legislation. The issue will be debated during the lame-duck session after the election.

According to the news source, debate has surrounded the fishing industry in New England since 2010, which is when new regulations were enacted that restricted how much fishermen could catch of a specific species.

Companies and organizations of all kinds will benefit from ensuring that they have a solid business continuity plan in place. That way, whether natural disasters – such as fishing population shortages – or day-to-day operational issues occur, the enterprise will be able to strongly bounce back.