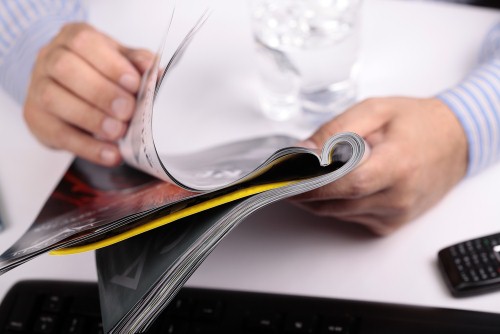 After nearly 80 years of producing a printed magazine, Newsweek will be switching to an all-digital format in 2013.

In an increasingly digital age, businesses and organizations need to account for factors that were not even on the horizon a decade ago. A comprehensive risk management assessment and business impact analysis now need to account for the internet and customers' ability to access information through their mobile devices.

Newsweek, an iconic magazine that has been bringing information to readers for almost 80 years, announced this week that it would be stopping its print edition at the end of this year. December 31 will be the date of its final print publication, with the magazine switching to an all-digital format in 2013.

Tina Brown, editor-in-chief, made it official with a statement made with CEO Baba Shetty.

"In our judgment, we have reached a tipping point at which we can most efficiently and effectively reach our readers in all-digital format," Brown and Shetty wrote in a note to readers. "This was not the case just two years ago."

Brown and Shetty's announcement went on to say that layoffs in the overall organization will most likely happen. Streamlining editorial and business operations will occur in the U.S.

According to reports, the online news source will be called Newsweek Global, and will be operated on a paid subscription model.

With the rise of the internet, Newsweek struggled to establish a digital presence for itself, and began to see a decline in advertising and circulation. In 2010, the company merged with The Daily Beast, the web site owned by IAC/InterActiveCorps.

While a particular business continuity plan might work for a certain amount of time, it's essential for companies to evolve with technology and changing consumer needs. Risk management assessments can help create strategic operations, designed to keep day-to-day operations flowing and the business' longevity strong.