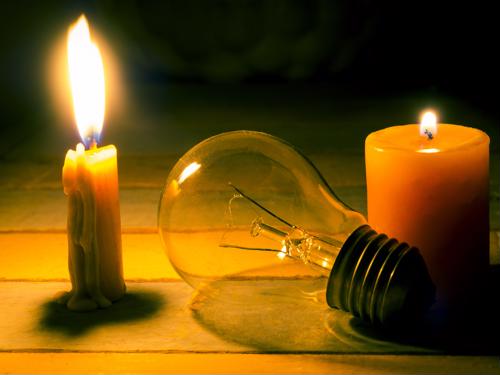 Power outages are lengthier than they need to be and often occur under strange circumstances.

Frank Sinatra once crooned that if you can make it in New York City, you can "make it anywhere," but this past July 13, the City That Never Sleeps wasn't making much of anything when tens of thousands of area businesses lost electricity. The blackout primarily affected the West Side of Manhattan and occurred during a particularly steamy night, with oppressive humidity and temperatures barely budging from the 90s at midday.

Aside from the accompanying inconveniences associated with wide-scale power outages, perhaps the most frustrating aspect was officials not knowing what caused the blackout, which lasted approximately five hours. Mayor Mario Cuomo spoke to reporters late that evening and told them that they were investigating.

More than two weeks later, Cod Edison – the local electricity provider – determined that the root cause was a flawed connection between some of the sensors and the West Side's electrical substation, located at 65th Street.

Disaster recovery experts and have long warned that America's power grid is in rough shape and may require an overhaul. Evidence of this is the uptick is not only in outages but in how long they last before the lights turn back on. According to the U.S. Energy Information Administration, in 2016 – the most recent year in which data is available – South Carolina power outages lasted the longest at over 20 hours per customer, when accounting for major events like hurricanes. But even without them, they're lengthier than what's been typical, averaging six hours in West Virginia.

Virtually everything runs on electricity and the specter of a massive power outage – one that affects the entire nation – looms large if U.S. infrastructure is not more adequately addressed – and soon. It could be "lights out" for your company without a plan of attack. KETCHConsulting has the tabletop exercises that can help you assess your company's vulnerability to outages and what you need to do to turn a potential weakness into a strength.