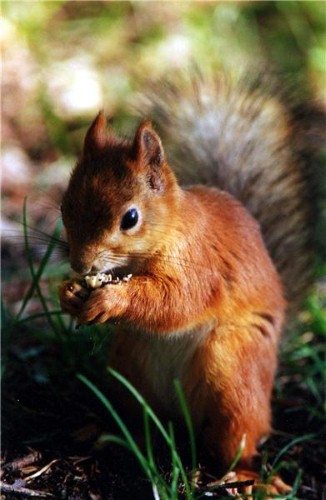 An explosion in the squirrel population in Northeastern states has caused farmers extreme headaches, as the rodents have harmed crops and trees.

Mother Nature is highly unpredictable. Weather forecasts can give an idea as to what might happen, but companies and organizations that depend on natural resources would be wise to ensure that their business continuity plan is up-to-date.

Oftentimes, the butterfly effect will occur in nature, with one event changing the course of the next. In that scenario, business resumption might not be as easy as originally thought. For example, Northeastern fruit farmers have seen an explosion in the local squirrel population, which has led to the rodents wreaking havoc on their crops.

According to The Associated Press, farmers in Vermont had previously seen mild winters, which led to bountiful acorn and beechnut crops. From there, the fast-reproducing animals have destroyed product and even brought harm to trees.

Clarence Boston, a Vermont farmer, told the news source that in his 33 years as an orchardist, he has never seen an infestation. Boston added that he's worked the land across five states on 60 different farms.

"It's leaving me reeling. I'm sort of used to getting kicked around – I'm a farmer," Boston told the news source. He estimates that squirrels destroyed about half of his most profitable variety of apples following a season already made tough by the weather. "I was not expecting the next plague to be red squirrels."

It is essential for companies and organizations of all kinds to create a business continuity plan. Furthermore, proper risk assessment can ensure that comprehensive action plans can be created for a multitude of scenarios.

Even disaster recovery planning can happen in an expedient manner when the right preparation is taken beforehand. A cause and effect doesn't necessarily always have to be negative. With a contingency plan, the after effect can be a speedy recovery.