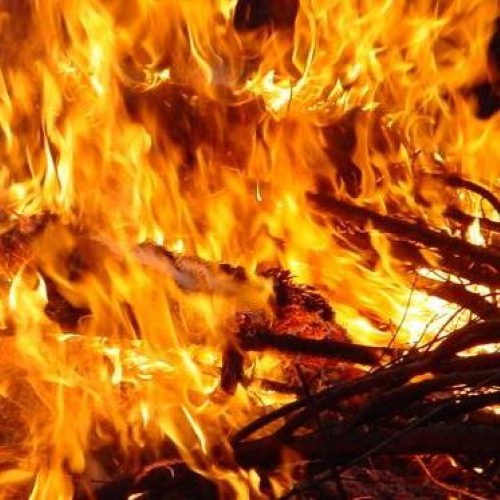 Wildfires continued to spread across Washington state this week, forcing a major highway to close for a few hours on Wednesday.

Central Washington state wildfires continued to burn through yesterday, forcing residents in the Mission Ridge Ski area to evacuate. The Table Mountain Fire Complex has grown rapidly through the week, according to the incident team.

Spokesman Kent Ramsay told NBC's Washington affiliate that smoke columns reached as high as 40,000 feet on Wednesday. Additionally, it was reported that eight inch chunks of burning bark fell from the sky as far as six miles away from the heart of the fire.

According to the news source, the area has not had rain in nearly a month and temperatures have been high with low humidity – ideal breeding grounds for a wildfire. High winds have pushed the fires into forested areas filled with bug infested trees, which created perfect kindling.

While some 150 residents in the Mission Ridge area were told to evacuate, not all of them were willing. Larry Smith is one such individual, and said that he and his wife are packed, but not moving – yet.

"If I see flames coming over the hill and it's coming 80 miles per hour," he said, "yeah, I'll probably leave."

The Table Mountain Fire Complex is a combination of four fires, started from lightning strikes earlier this month, that have burned 30,000 acres within the Wenatchee National Forest. As of Thursday morning, though, just 4 percent of the blaze had been contained.

NBC also reported that one section of the fire actually forced the closure of a Washington highway for several hours.

With the unpredictability of Mother Nature, it's wise for companies and organizations to ensure that they have a business continuity plan in place. Whether evacuation notices are put forth or major roadways are shut down, it's crucial to ensure that day-to-day operations always run as smoothly as possible.