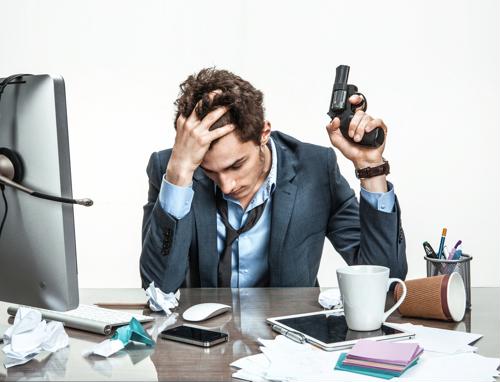 Workplace violence is a leading cause of death for occupational injuries.

It's a sad and sobering reality that active shooter situations happen as often as they do. Whether they occur at high schools or universities, in brick-and-mortar stores or office-based workplaces, these incidents never fail to shock and chagrin Americans by and large and devastate the lives of friends and family for those senselessly wounded or killed. It's unimaginable to imagine the people you love could die so tragically, yet all too often, what were once anomalies are today frighteningly frequent.

According to the most recent federal report in which complete data is available, 500 people were killed by homicide at the workplace in 2016. This translates to 10% of all fatalities that occurred at businesses that year, up from 9% in 2015 when 417 individuals were murdered. It represents the highest total since 2010.

As local and national news reports have shown, no occupation is immune from these horrific actions, whether they're in factories, high-rise buildings or studios. Workplace homicides affected cashiers more than any other profession in 2016, accounting for 54 from 35 the prior year, based on government data. First-line supervisors in retail settings, police officers and sheriffs also incurred an elevated number of fatalities on the job, most of whom were killed by gunshot wounds.

Over 40% say workplace lacks plan for emergencies
With unsettling numbers such as these, it's little wonder why many Americans don't feel as safe at work as they'd like. A 2016 CareerBuilder survey found nearly 33% of respondents believed their workplace didn't have adequate reinforcements in place to guard against a physical threat from another individual. An even higher percentage – 41% – said their employer lacked a reliable emergency plan.

Johnny Taylor, president and CEO of the Society for Human Resources Management, noted that it's incumbent upon business owners to do everything in their power to protect their personnel from bad actors.

"Companies and HR should and must do more to make employees feel safe at work," Taylor advised.

He added that SHRM polling reveals much more needs to be done in this respect, as 1 in 7 don't feel like they're fully safe.

"There are steps you can implement to ensure more people are removed from harm."

Much like natural disasters, it's virtually impossible to eliminate the threat of active shooters completely. But should such a situation manifest itself, there are steps you can implement to ensure more people are removed from harm. Consider these proactive recommendations from the Federal Emergency Management Agency:

1. See or hear something, say something
Although random shootings do occur, those that happen at workplaces often are related to former employees who feel slighted or aggrieved in some way. It's important to re-emphasize to personnel that threats of violence from fellow co-workers should be flagged with HR immediately. Any suspicious activity must be acted upon without delay as well.

2. Identify emergency exits
It's a good idea to get in the habit of explaining what doors should be used to escape from time to time. If you have a high rate of turnover, new employees may not know the protocol. You may also want to simulate active shooter situations so workers feel prepared and know what to do when faced with emergencies where every second counts.

3. Hide if you can't get away
Escaping may not always be possible depending on the layout of the facility and how the shooter enters. Hiding is your next best option. Go over the places or rooms that offer the best protection.

4. Fight back if necessary
If all else fails, you may need to respond by putting up a fight to possibly prevent the assailant from causing further harm. FEMA recommends committing to your actions and, ideally, to not act alone. These more aggressive actions should be taken only when there are no other options left.

It seems like hardly a month goes by without hearing of another mass shooting. The best defense to these cold realities is with a good offense. KETCHConsulting can provide your business with the workplace violence prevention tactics, solutions and procedures you need to assess your biggest threats and what you must do to address critical vulnerabilities.