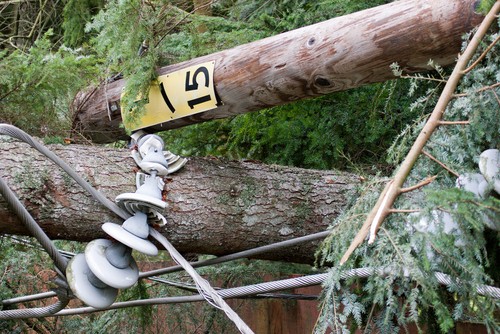 As reported on this blog, a series of severe weather patterns, including multiple dozens of tornadoes, struck a wide portion of the midwest recently. While significant property damage accrued in the affected regions, there was a relatively low number of casualties sustained with only six recorded deaths and 29 injuries.

Many experts are crediting the low casualty rate to an early warning system utilized by The National Weather Service's Storm Prediction Center, which was able to provide all the citizens who might have been affected by the natural disaster with a full 24-hour warning that danger was imminent and to seek reliable shelter with appropriate emergency supplies.

However, although the early warning did indeed mitigate the number of lives that could potentially have been lost, a recent article published by The Huffington Post suggests that it may create additional problems in the future.

Because some of the regions that experienced the advanced warning ultimately experienced no effects of the severe weather patterns at all, some experts are expressing concern that it will lead these citizens to ignore similar warnings down the road.

"The bottom line is there really is no such thing as a perfect forecast. There are always going to be areas that aren't struck, especially in tornado outbreaks," said Greg Carbin, the Storm Prediction Center's warning coordination meteorologist in the article. "But, the penalty function for missing a significant event is so high that there's probably a tendency to err on the side of caution."

Considering this fear, it would be wise for municipality officials – especially those in high risk regions for natural disasters – to partner with certified disaster preparedness consultants to factor strategic education provisions into a continuity of operations plan.

By taking this measure, citizens will be continually reminded of the necessity to head early warnings even though they may have not been affected during past incidents.

Also, by having municipality officials register to attend the World Conference on Disaster Management on June 27, 2012 at the Metro Toronto Convention Centre, they can obtain additional assistance on the best practices for avoiding communal complacency.